The story guy that shot a Wahoo on a safety stop 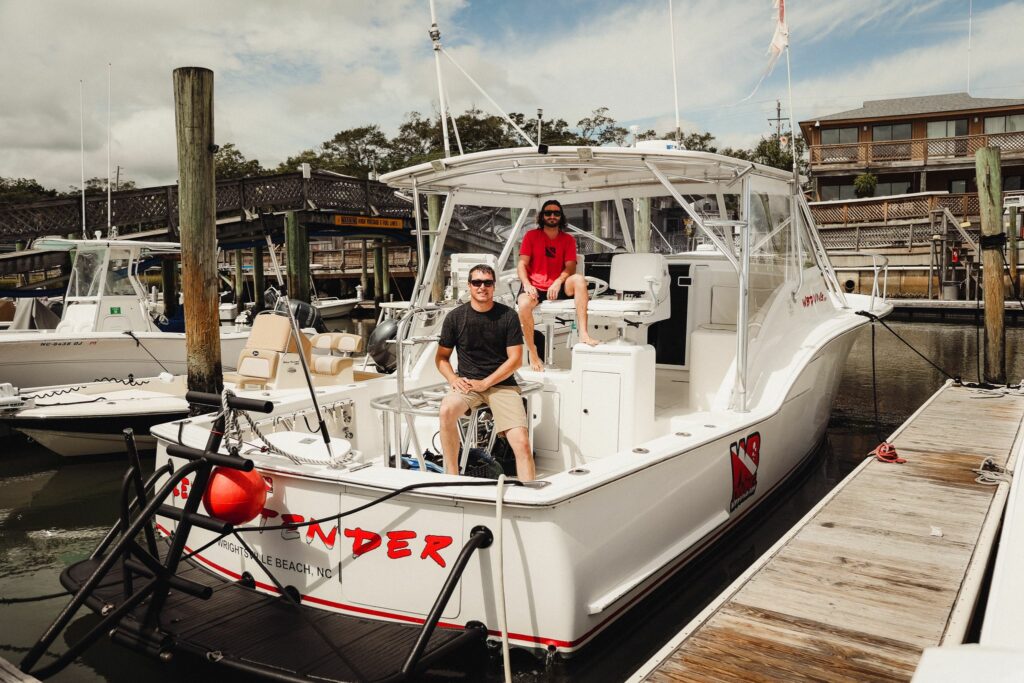 In 2017, Chris Slog and Brett Garner turned their passions and skills into a full-time business with the start of Wrightsville Beach Diving. With their vessel, the Ledge Tender, they specialize in custom charters for experienced divers in some of North Carolina’s best diving spots. On excursions, divers can spearfish, explore shipwrecks, and even discover megalodon teeth. With a high demand, the duo keep a full plate running 5-7 days per week and totaling roughly 100 charters per season.

Due to their catered style charter of more experienced divers, they have gathered several regulars who dive with them a few times a month. It was on such a trip that one regular went home with quite the fish story to tell.

“Rich, Ken and Steve are Dive Junkies, and they dive with us about 2-3 times a month since the start of our business. Rich and Ken are always in competition with each other” Brett said.

This particular trip started out like any other with the expectation of some friendly competition, but one diver quickly ran away with the best catch.

The first group dove in, catching hog fish and lobster.  Then the second group moved another two miles to a favorite offshore ledge. At the 15 feet safety stop, the group in the boat could see Steve’s bubbles but not much else.  As they kept looking, they saw something large dart under the boat, which at quick glance appeared to be a shark. Watching the commotion in the water, Chris and Brett were trying to assess what was going on around Steve.  As Steve started to surface, they could tell he was being pulled back under the water a bit and was frantically trying to swim towards the boat.  At this point, they were fairly certain that this might be a shark.  Brett and Chris quickly pulled Steve to the swim platform, and they helped hand off the spear gun.  Assuming Steve had probably hooked a shark, they were planning to cut the line.  Right as they started to cut it, Steve yelled out, “NO! It’s a wahoo!”

After some struggling, they landed the six-foot-long wahoo onto the swim platform. The fish was shot in the gill plate, but the spear didn’t go all the way through. Concerned the spear might come out, Chris quickly called out for another spear gun to hold down the still thrashing six-foot fish. Brett grabbed a dock line and put a tail rope on it to finally secure the fish. During all of this commotion, the other two divers Rich and Ken have no idea anything has occurred. As Ken and Rich get back into the boat, they immediately see just how much they underestimated their friend.

When asked how this all transpired, Steve said it was at the end of his dive after not catching anything and he knew he wasn’t rigged up for it. It was a split-second decision to go for this golden opportunity.  It is almost unheard of for a diver to see a wahoo let alone shoot one and land the fish. According to Brett and Chris, they typical spear fish for hogfish, grouper, lobster, bottom species, pompano, and sometimes cobia. Although there is obviously wahoo here in North Carolina, most are in the gulf stream. On this day, the group were only 37 miles offshore. This wahoo was a big surprise, seventy pounds to be exact.

This great fish story adds to some the other amazing experiences that WB Diving customers have had while out with Brett and Chris. According to Chris, North Carolina has some of the best diving in the world. “You never know what you’re gonna see. Last year while they were diving a wreck, a humpback whale surfaced right next to the boat. You might see a pod of dolphins, you might find megalodon teeth.”

When not running their charter, Chris and Brett take their experience and knowledge back to the sea. Knowing where megalodon teeth concentrate, they have created a megalodon tooth sales business, Fossil Exchange. The megalodon teeth that are collected are 5.6 million years old from sharks that were over 60ft in length. Fossil Exchange sells to fossil galleries and collectors all around the world and are one of the biggest suppliers of megalodon teeth. Most of the business is online (www.fossilexchange.com) but they do have a small, appointment-only office space located in Wrightsville Beach. As the number one collected fossil in the world, it’s a great thing to have in your backyard if you know how to retrieve it. 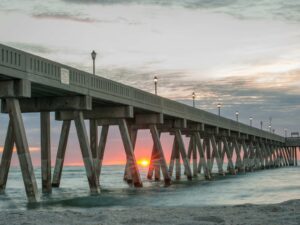 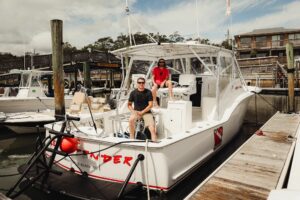 The story guy that shot a Wahoo on a safety stop

In 2017, Chris Slog and Brett Garner turned their passions and skills into a full-time 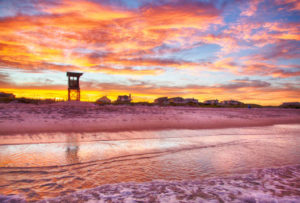